From 1979 to 2003, Mark Winne was the Executive Director of the Hartford Food System, a private non-profit agency that works on food and hunger issues in the Hartford, Connecticut area. During his tenure with HFS, Mark organized community self-help food projects that assisted the city’s lower income and elderly residents. Mark’s work with the Food System included the development of commercial food businesses, Connecticut’s Farmers’ Market Nutrition Program, farmers’ markets, a 25-acre community supported agriculture farm, a food bank, food and nutrition education programs, and a neighborhood supermarket. 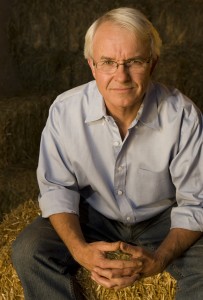 Mark is a co-founder of a number of food and agriculture policy groups including the City of Hartford Food Policy Commission, the Connecticut Food Policy Council, End Hunger Connecticut!, and the national Community Food Security Coalition. He was an organizer and chairman of the Working Lands Alliance, a statewide coalition working to preserve Connecticut’s farmland, and is a founder of the Connecticut Farmland Trust. Mark was a member of the United States delegation to the 2000 World Conference on Food Security in Rome and is a 2001 recipient of the U.S. Department of Agriculture Secretary’s Plow Honor Award. From 2002 until 2004, Mark was a Food and Society Policy Fellow, a position supported by the W.K. Kellogg Foundation. Mark serves part time as a Senior Advisor to the Food Policy Networks Project at the Johns Hopkins University Center for a Livable Future.

Mark currently writes, speaks, and consults extensively on community food system topics including hunger and food insecurity, local and regional agriculture, community food assessment, and food policy. Since 2013, Mark has served as a Senior Advisor at the Johns Hopkins Center for a Livable Future where he works on local and state food policy. His essays and opinion pieces have appeared in the Hartford Courant, the Boston Globe, The Nation, In These Times, Sierra Magazine, Orion Magazine, Successful Farming, Yes! Magazine, and numerous organizational and professional journals. Mark blogs regularly at www.markwinne.com. He is the author of Stand Together or Starve Alone: Unity and Chaos in the U.S. Food Movement (Praeger Press 2018), Closing the Food Gap: Resetting the Table in the Land of Plenty (Beacon Press 2008), and the forthcoming Food Rebels, Guerilla Gardeners, and Smart Cookin’ Mamas: Fighting Back in an Age of Industrial Agriculture (Beacon Press, 2010).