A Barn Burns in Natick 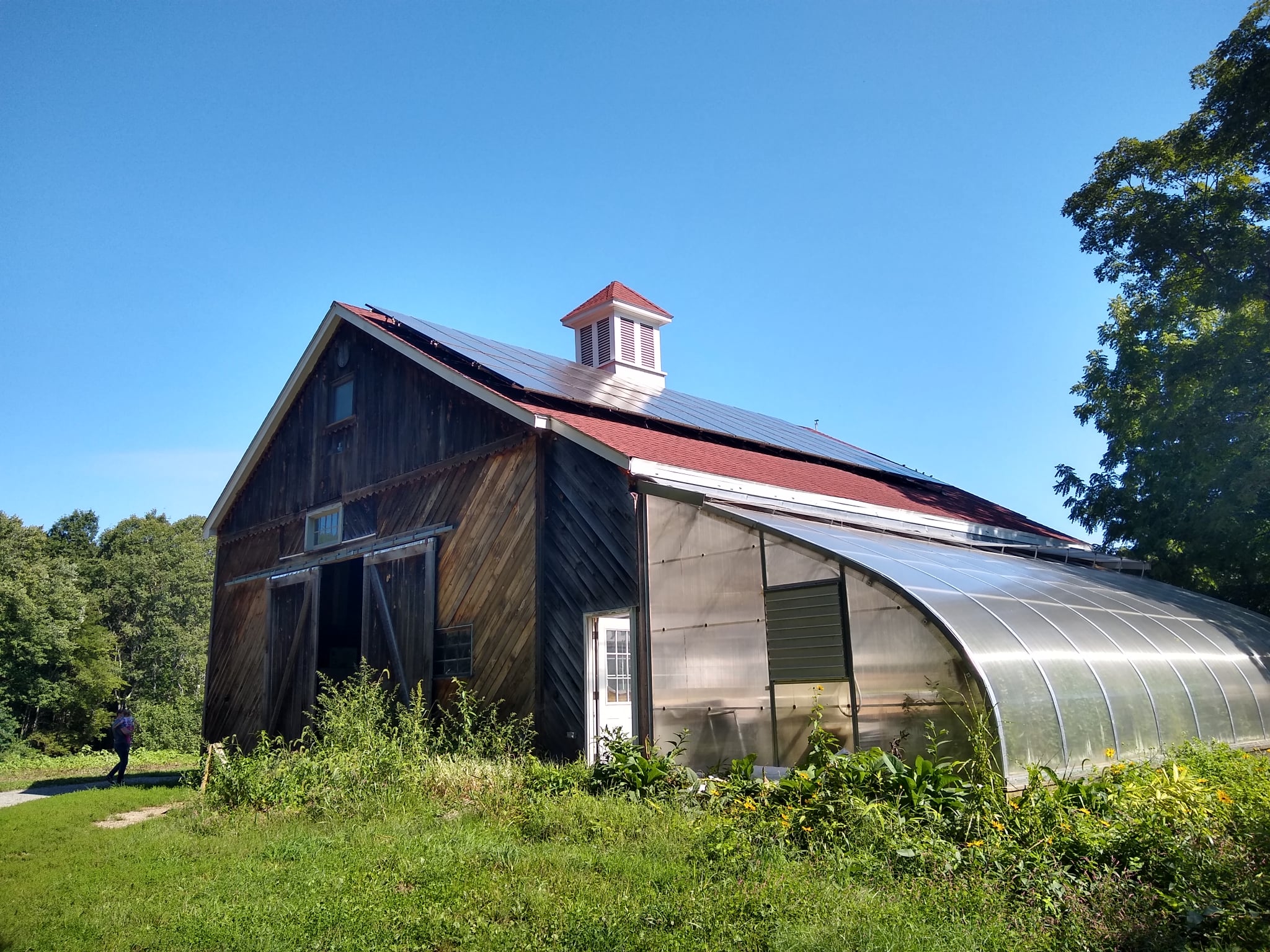 Irish luck never made it to the Natick Community Organic Farm on March 17. The beautiful 1815 post and beam barn, whose renovation I initiated in 1976, went up in flames around 3:00 AM leaving nothing but a pile of charred, hand-hewn beams and a trail of tears across this Massachusetts town. The barn, with its attached solar greenhouse, was the centerpiece, indeed the logo of this non-profit youth and education facility that includes programs focused on livestock, organic gardening, and maple sugaring.

I devoted several pages to this project in my first book Closing the Food Gap: Resetting the Table in the Land of Plenty. As the newly hired, 25-year-old director of the town’s youth agency, I was charged with, to quote one town councilman, “getting those damn kids off the street.” With an eye to my own job security and developing creative alternatives for a growing core of marginalized young people, I modeled the Natick project after a similar one in the nearby town of Weston. In bootstrap fashion, I herded a mixed flock of adult town folk, and, as I say in my book, “teens [sent to me] from juvenile police officers, school disciplinarians, and priests.” Together, we would create a multi-agriculture enterprise that included the barn restoration, on several acres of land loaned to us by the local school district.

Watching the nighttime videos of the indifferent flames consume over 200 years of history is heartbreaking. But in the same way that fire destroys that which is visible, it also releases pent-up energy, long sequestered, yet deserving of remembrance for what it can teach us. My viewing reminded me of the first animals we kept in the barn, including a pregnant sheep, nestled in a hay-lined stall, that began to deliver one Saturday morning in early March in the middle of a strong maple sap run. Smoke and steam were belching from our sugar shack’s evaporator as dozens of kids and volunteers kept its firebox fueled with cut logs.

A yell came across the field that “a lamb is being born and we need help!” A small gang quickly ascended the hill to the barn just as the ewe was birthing. Nobody knew what to do. Nobody had ever seen a farm animal birth. Advice was proffered, encouragement offered, and two teenagers who had been sent to the Farm by exasperated school counselors sat in the manure and hay to comfort the ewe. Their hands were covered in blood and guts as they cajoled, manipulated, and finally cradled, not just one but two lambs onto the barn’s wide board floors. As the mother licked them to life and as they announced their arrival with piercing squeals, the surrounding crowd, now close to 20, cheered, laughed, and hugged. I will never forget the tears of joy flowing down the cheeks of Mr. Donovan, the burly, middle-school Vice Principal.

In the sprawling suburbs where hungry developers ate up farmland. and then spit out track housing faster than we eat lunch; where retail escalation grabbed communities by the malls and treated their adolescents as no more than consumers-in-training, the Natick Community Farm was (and remains) a sanctuary devoted to Nature’s rhythms. As much as it was an alternative to the anodyne life of Boston’s bedroom communities, the Farm’s fields, animals, barn, greenhouse, plants and trees gave youth a chance to follow the pulse of the seasons instead of the traffic jam into Filenes’ parking lot.

If smoldering boards could speak, they’d tell tales of past centuries, first as seeds, then saplings and finally soaring trunks surveying what is today the Charles River. Distant generations of the same forests occupied an indigenous landscape whose first people were brought near to extinction by unsettling white settlers.  Cut, sawed, and shaped into a durable structure, the trees’ timbers and planks would shelter tools, crops, and livestock for a period of time that is as close to eternity as we’ll ever get. They no doubt rolled their eyes in disbelief when I, a long-haired, bearded, and wide-eyed twenty-something walked into the barn’s unused space in 1976 proclaiming, “Boy, what a great Bicentennial and youth project this would be!”

Because the barn was abandoned at that time, the town had planned on tearing it down. But with the help of some Natick citizens, we convinced elected officials that the barn’s preservation was a worthy way to celebrate the Nation’s 200 years. Hassles and headaches ensued, of course. Aside from preventing 17-year-olds from injuring themselves with power tools, we had to raise tens of thousands of dollars for new siding, roofing, and eventually the “add-on” solar greenhouse. With limited funds, we were forced to resort to a pool of less-than reliable volunteers. Witnessing the amateur-hour shenanigans of our motley work crews, those sturdy beams recorded within their fibers, ample material for an HBO-worthy series.

But once the restoration chaos subsided, the barn would fill again with the rituals of agricultural life—the things for which its two centuries of existence were intended. It would protect a multitude of lambs, piglets, and calves just as it would oversee the death of goats (by stray dogs) and chickens (a slaughtering and preparation workshop); even the 300-pound sow, that would be patted and kissed goodbye by a dozen kids, as it was sent to the slaughterhouse.

I’m sure the people of Natick recognize what they have lost, and will rebuild. Given that a historically pure replication is probably not feasible, perhaps something boldly contemporary, architecturally superlative, yet equally durable can be found that speaks to a new age of agriculture, one that is dedicated to both sustainability and the justice denied to the land’s original inhabitants. Future lessons await today’s young people that are far more urgent than the halting ones I tried to convey in the 1970s. We owe it to them as much as we do to the now spent but still venerable beams and boards, to raise up something strong, true, and that looks ahead to the next two hundred years.