Global Warming and Poverty: Can We Find Common Ground? 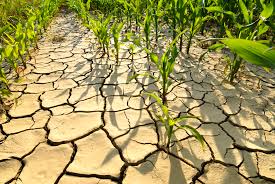 In spite of what climate change deniers say, science tells us that the earth is warming. The seas will rise, extreme weather will become the norm, and our crocuses will bloom in January.

For those of us with means, the immediate adjustments may only require that we place our blanket a little higher up the sand dunes when visiting the beach, or crank our air conditioners up a notch to stay comfortable. But for those whose lives are defined by poverty or near-poverty – who struggle to pay the rent, put food on the table, and keep that 15-year old car on the road – warming temperatures will mean higher utility and grocery bills as well as more health-related complications. Not only will the poor sweat more, they’ll pay more.

My daughter was the first one to alert me to the impacts of environmental injustice almost 20 years ago. She was shopping around for a college thesis topic and came across studies of river communities where it was the norm for low-income families to own or rent homes in the flood plains. Naturally, these were the cheapest locations. When those rivers flooded, as they invariably would every 50, 20, or even 10 years, guess whose homes were the first to be wiped out? And as you might imagine, the proverbial mansion on the hill was always spared.

Though the periods covered by these studies preceded climate change in the sense that we discuss it today, they point to a logical and historical pattern of human settlement and community growth. The high ground, the scenic (unpolluted) vistas, the fertile soil, and more recently the swank, in-town condos with easy access to Whole Foods, were occupied by the more affluent. The eroded and overgrazed hillsides, the vacant spaces along the railroad tracks, and the corridors downwind from the incinerator were consigned to the poor. It’s a proud American tradition, with obvious European roots, that them that has gets, while those that don’t get what’s left, which usually ain’t much.

Climate change adds yet another dimension to the age-old inequities that plague our civilization, which has, with little civility, turned up the heat. The evidence supporting the inevitability of rising temperatures and their adverse impact on lower income families is nearly irrefutable. In my home region of the Southwest, already America’s hottest, the U.S. Environmental Protection Agency predicts that temperatures will rise between 3.5 and 9.5 degrees F. by the end of the century. And heat stress, already one of our leading causes of death, will only get worse for children, elderly, and those with fewer options to mitigate heat.

What are the consequences of climate change for our food supply? Some have surmised that warming temperatures will simply move warmer growing zones northward extending frost-free dates by weeks at either end of the growing season. But if heat stress is bad for people, it’s also bad for crops and livestock. According to the USDA, higher temperatures may hasten the growth of certain food plants, but if the fruit and seeds don’t mature at the same rate as the plant, crop yields actually decline. Grazing livestock, a major part of ranching in the West, will also suffer as pastures are reduced by drought and the loss of water to growing human populations. And don’t be fooled into believing that catastrophe is still a long way off – 2014 saw 60% of the U.S. land area enduring drought conditions.

If you think that agricultural science will save us by developing heat and drought tolerant crops, think again. The loss of farm and ranch land from development pressure, combined with increasing temperatures are likely to more than offset yield increases generated by innovative agricultural practices. Unless we act now to support regional farming and ranching – by protecting our agricultural lands and water resources, as well as strengthening urban farming – many regions of the country will only become more vulnerable to food scarcity.

Ultimately, climate change will drive up food prices. Tropical and semi-tropical countries will experience severe declines in food production putting more pressure on the U.S. to export food, while increasing the cost of the food it now imports. When combined with world population growth (the Southwest itself is projected to grow by 70 percent by 2050) food prices will rise.  The poor, who already devote a higher share of their budgets to food than higher income groups will pay even more.

At a recent conference where I raised these issues, an audience member with the word “Vegan” emblazoned across her t-shirt in foot-high letters verbalized what she believed was the solution during the Q&A. Granted, eating more plants and fewer animal products would make a difference. The Union of Concerned Scientists has said that replacing 50 percent of animal product consumption with plants would reduce our water footprint by 30 percent. While I agreed with the vegan proponent, I am loathe to recommend that those who shop at discount stores, use SNAP, and fill their monthly food gap with food pantry donations also shoulder the burden of global warming. That’s the same dilemma rich nations face when asking developing nations to reduce their carbon emissions. We can’t expect low-income families to eat rice and beans any more than we can advise India to forego cars and return to oxcarts and bicycles.

A more imaginative approach that weaves together responses to both global warming and poverty is called for. To that end the food movement is starting to embrace an agenda that not only builds a sustainable food system, but also has a meaningful impact on poverty. This is not easy to do, nor is it necessarily achieved when a local food project creates a handful of lower paying jobs. But advocates for local food, healthier eating, and better food access must make poverty reduction a part of their vision and engage in policies that, for instance, raise the minimum wage. Similarly, focusing on the community economic development impact of a more localized food system, particularly in lower income areas, can be an effective way to link these two massive issues.

A step in the right direction was suggested by a recent USDA survey that found that the farm to school initiative had produced a $789 million investment in local farmers and other food system stakeholders. While it’s not clear whether farm to school purchases have an impact on poverty, at least USDA is identifying the value of tying school food purchasing to local economic development.

A series of  case studies that look at the role local government can play in promoting local food, sustainability and more just economies offer examples of how communities can better integrate climate and poverty concerns. And on a regional scale, A New England Food Vision presents a bold plan for food self-sufficiency that places economic justice at the center of the plate.

The mayor of my own little burg of Santa Fe has stepped up with a plan he calls the Verde Fund which will be going to the city council in a few weeks (our food policy council is scheduled to endorse it). The proposal will put public funds to work creating jobs, strengthening and expanding local food production, and ensuring that the city’s poor are not cast adrift as the temperatures rise. While the evidence is not sufficient at this stage to suggest that policies and programs like these will definitely lead to a resolution of poverty and global warming, what is at least clear is that more people are looking for common solutions.

The lack of a bold federal response doesn’t mean we have to sweat in silence. Programmatic action in lock step with local and state commitments can make a difference. Since doing nothing is not an option – and until brighter lights seize the reins in Washington – thinking globally and acting locally is our best strategy.